St. Clair County is the location for one of the most unique historical sites in the United States.  Three miles west of the hamlet of Collins, on US Highway 54, is the largest display of replica flags honoring the American Revolution in the WORLD.   Ken & Sue Molzahn have been displaying the colours of American, French, Spanish, British, Loyalist, Hessian, and (modern) Native American Tribal flags since 2018.   The project started out soon after these two widowers met on-line in 2017 and were soon married in early 2018.   While Ken, a native of Wisconsin, was unpacking his belongings Sue discovered a box of flags Ken had used as classroom props when he taught Native American history on the Menominee Indian Reservation, outside of Green Bay.   Sue suggested they be displayed and thus began the American Revolutionary War-Era Flagway.   The 2018 Flagway was modest with only 30 flags flying along their 1/8th mile driveway.  From that humble beginning Ken & Sue began four years of intensive research into the historical vexillology of our War of Independence.   Now with a library of over 500 books, all related to our Independence, over 5,000 emails, and conversations with flag experts and historians in the United Kingdom, France, Spain and Germany, Ken has expanded the display ever since.   In 2019, 160 flags were displayed, in 2020, 266 flags were in the "breeze" and for 2022 there will be 320 flags flying.  The Molzahns' will begin putting up the flags in the mid to late April, depending on the weather, and conclude some tine in May long before Memorial Day weekend.
The American Revolutionary War-Era Flagway is singular in that it begins in 1765 displaying the mostly unknown "flags of protest" to British taxation and tyranny leading up to the conflict and then chronologically displays each major battle, skirmish, or political event from the battles of Lexington and Concord to Yorktown.  Each flagpole or group of flagpoles is dedicated to a specific event.   What is mind blowing is that no flag is used more than once.  The Molzahns honor OUR totally forgotten Allies - the numerous Native American tribes that fought and died beside  American or Spanish forces against the British Empire; and triumphantly included all the CAPTURED British Regiment-of-Foot, Loyalists and Hessian flags surrendered to American forces or to our Spanish allies during the long struggle.
Ken & Sue are retired and cordially invite anyone to drive down their driveway to have a closer look.  For the 2022 Flagway, Ken is currently putting together short descriptions explaining the significance of each flagpole and the flags flying on each to enable everyone to fathom the numerous events that occurred during our eight year struggle for Independence. 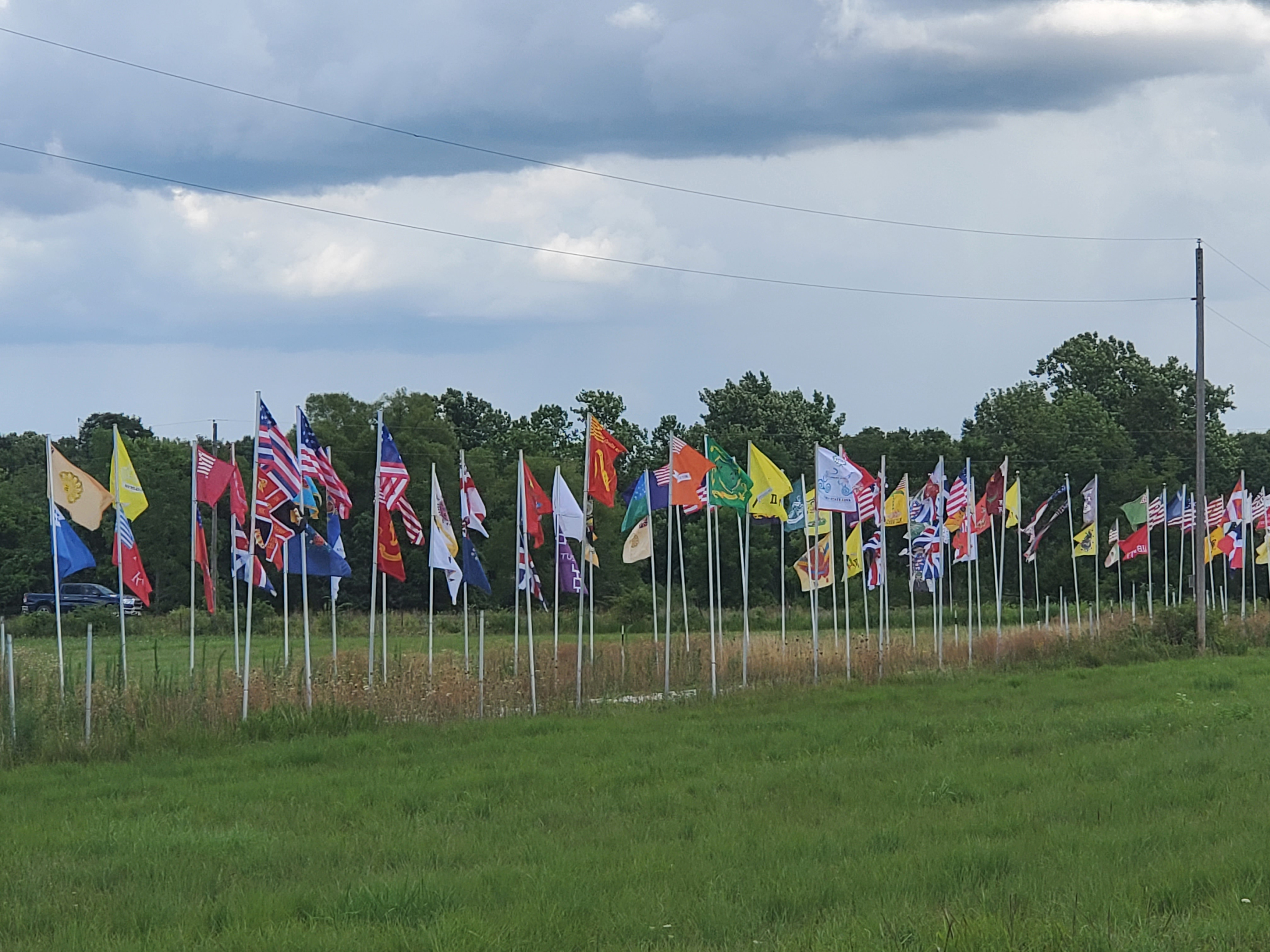 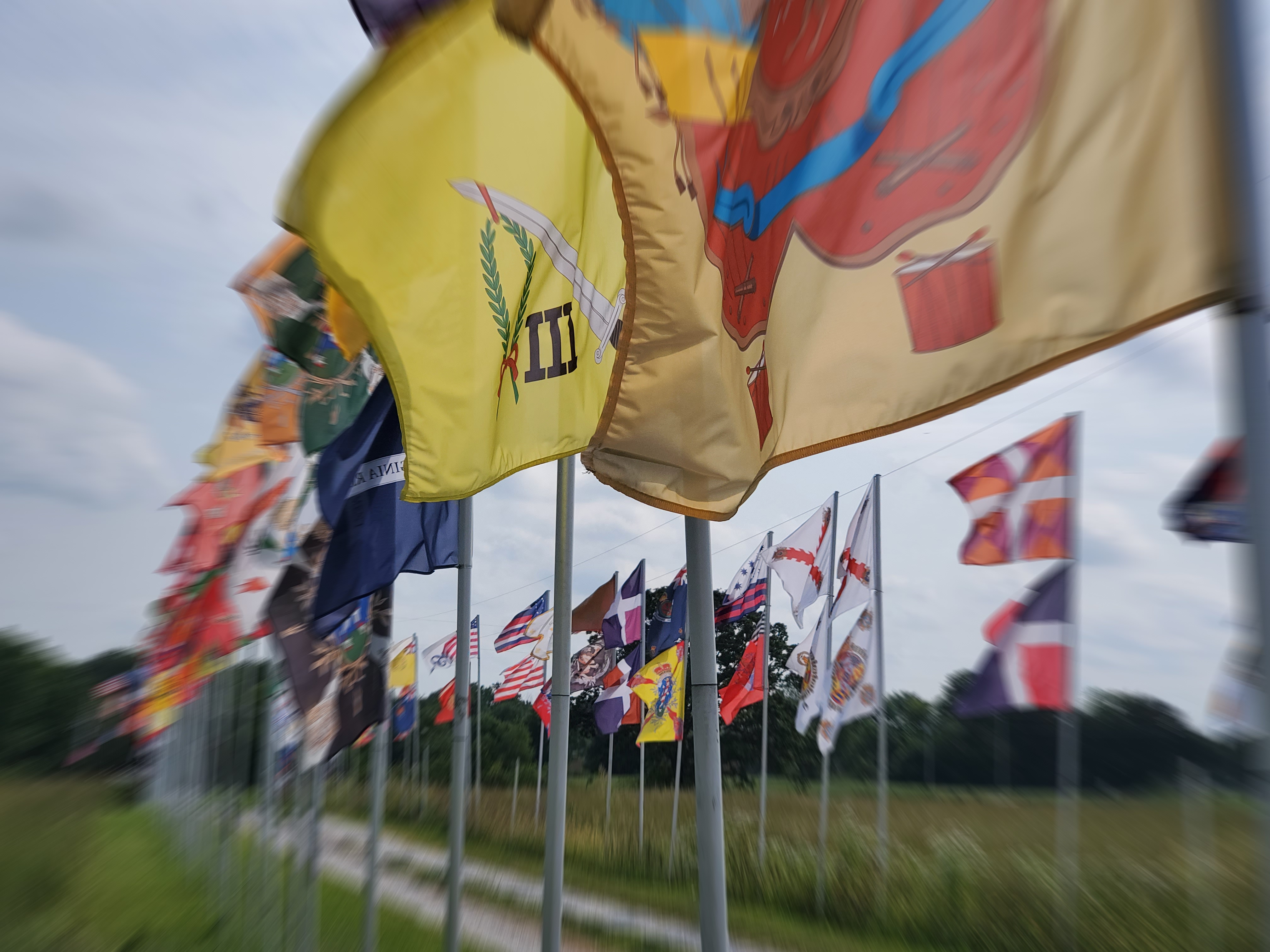 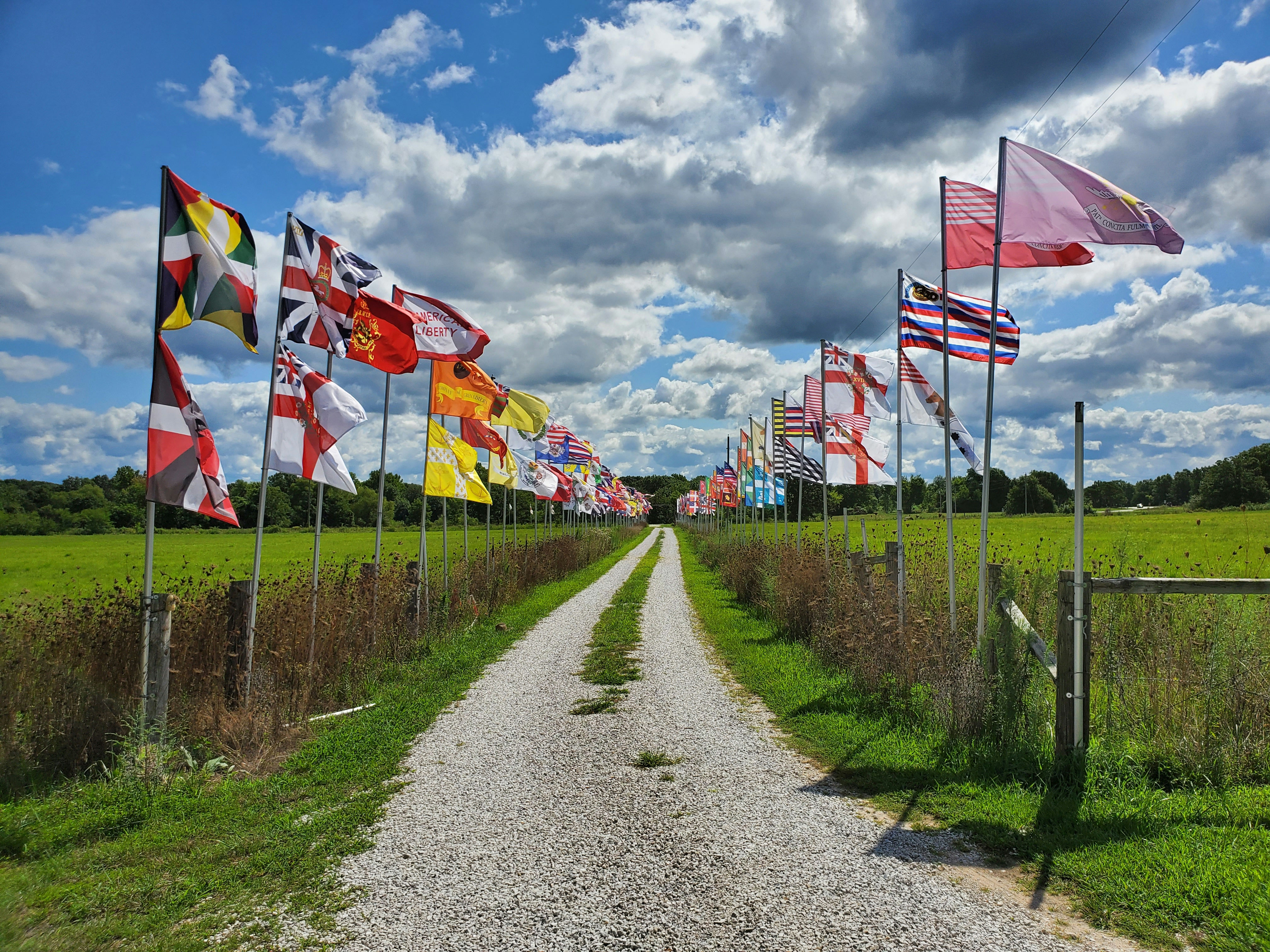